An interview with Ross Owen Williams

We recently had the chance to interview the Head of RG Online, Ross Owen Williams, and find out what got him into recruitment, what he likes and dislikes in potential hires, lessons he's learned over the years, and much more including books, films, and near-death experiences!

What was it that initially led to you pursuing a career in recruitment?

The potential of quick progress - that was what appealed to me most.

I left University, Drama and Spanish degree in hand, with a gameplan to get my head down for a solid two years and save £20,000 before seeing if I could make a go of it as an actor, writer or director. Checking the job ads in the newspaper (yep, there was once a time when online job boards weren’t omnipresent!), it seemed to me that some form of sales was going to be the way forward (and also the only job an arts student was deemed fit for...!). Soon thereafter, I found myself being interviewed by a 25 year old recruiter who assured me recruitment was a meritocracy. He observed his own income (£80k was the figure mentioned) and pointed out his brand-new BMW outside. That was something of an eye-opener. When it became clear that, within recruitment, you could be a top guy just as soon as you started performing and behaving like a top guy, I was all in.

What lessons have you learned that you wished you’d known earlier in your career?

Being yourself is absolutely vital.

A lot of people try and be what they think their customers or colleagues want them to be. That’s a surefire way to fail. Being yourself will mean you face rejection from people who “don’t get you” and that’s why many put on a facade at the beginning of their career. They try to be all things to all people and that just ends up with them being nothing to everyone. Toughen your skin to weather the early rejection and you’ll end up building a network of candidates and clients who not only “get you” but genuinely appreciate you for who you are – and those relationships will lead to long-term, ongoing success.

Another lesson that it took me a while to figure out is that most people care more about what you can do for them than they care about you. Within business, to think otherwise is naive. This isn’t saying that everybody in business is unpleasant, ruthless or malicious, nor that you can’t make friends or, at least, have friendly relationships within business, but when it comes down to a choice of you or them, you had better believe that they will choose themselves. This is especially pertinent when it comes to time management - you need to be protective of your time because, unless you are, others may be take without you realising and prohibit you from reaching your full potential. Learning to deliver a polite but clear “no” to people is a vital business skill and one that too many people never master.

When you hire recruiters, what are five things you look for? 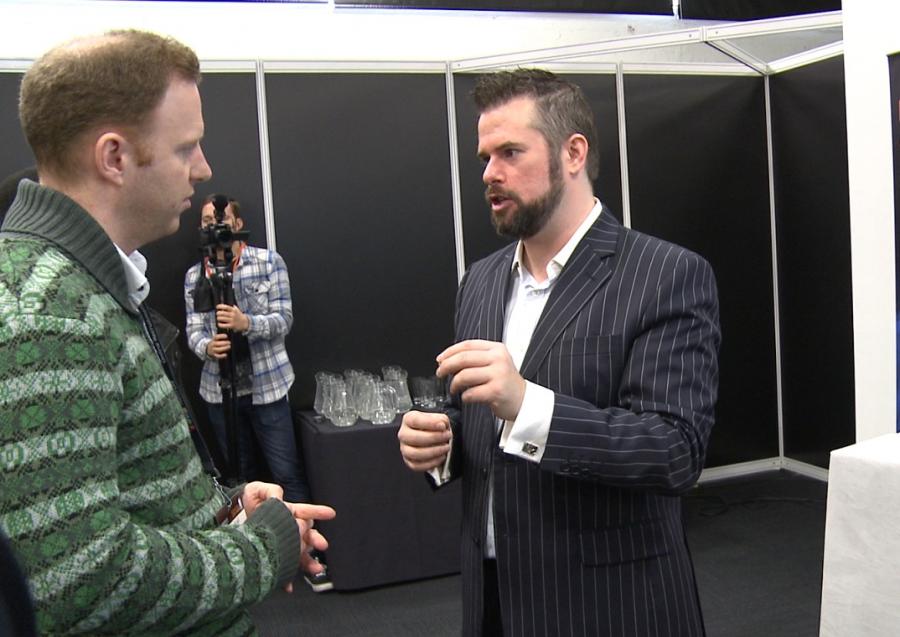 And what five things most turn you off about potential hires?

Finally, what do you feel are your three greatest career achievements thus far?

When I was 22, I came very close to dying of Ulcerative Colitis. I didn’t know I had it. I knew I wasn’t feeling great but my attitude was that being ill could wait because I had work to do. Retrospectively, it wasn't the best approach but I wanted to show my team that being a warrior was the way to go. I ended up having to have emergency surgery to completely remove my large intestine. I was later told that without that surgery I would have been dead within 24 hours. That was an eye-opener. I was advised to take six months off work to recover – I came back to work in 11 weeks. Before that, I actually placed business whilst in the hospital (I’m quite proud of that one because I knew my candidate and clients’ numbers off by heart). I found ways to cope with my condition whilst still performing. I didn’t want to be somebody who let an illness defeat them.

This whole experience changed my perspective on life - as you’d hope it would - and gave me a chance to refocus and challenge myself to come back stronger. It was this that made me decide to move away from being a consultant (one person generating money = only one revenue stream. Not a good business model!) and into being a manager, mentor and trainer (creating many revenue streams - much better!).

This led to the second of my “big three” - starting, building and selling my own recruitment consultancy before I turned 30. Talisman Technology became a great niche engineering agency which I created from nothing and built to a profitable, multi-million turnover business. No previous directorial experience, limited input from experienced C-level mentors (which was my own fault for not seeking/accepting) and seven years of peaks and troughs leading to my having built a saleable business was good news indeed - but, retrospectively, the best part is that I knew when it was time to call it a day and move onto the next phase in my career and life.

That, in turn, led to my third - being able to transition from being a business owner into a freelance business consultant and recruitment trainer. This has afforded me the chance to achieve a work/life balance that allows me to do what I had initially planned with my career – I get to do something I enjoy and am pretty good at (the recruitment stuff) to pay my bills and keep my family warm and fed and in something approaching moderate comfort whilst being able to buy back some time to indulge the more artistic side of my nature and dabble within acting (Keys to our Mind, BLT, Myth Hunters) and write books (The Hardcore Truth, the RecruitMentor series) and films (Winter Ridge). After all, variety is the spice of life and I certainly can’t ever complain of being bored!

To get in touch with Ross or Recruitment Guide, email info@recruitmentguide.com