Ross Owen Williams looks at the transferable skills he learned from recruitment that helped him become a produced screenwriter.

One of the lines I often advise recruiters to use with candidates is “tell me about a recent personal win” – it offers insight into the jobseeker as a human being and can often highlight transferable skills that may not be evident within the CV.

A feature film I wrote, Winter Ridge, has won two handfuls of awards (and counting!) on the film festival circuit and is going to be seeing a limited cinema release in September, including a one-night only screening in my hometown of Yeovil (for anyone who wants to pop along, see a psychological thriller and then talk film or recruitment with me afterwards, google Winter Ridge Westlands!) Needless to say, it’s all extremely exciting to see my first feature film even being made at all, let alone made on a decent budget and released for a cinema run. It didn’t come easy though – I came up with the idea for Winter Ridge (then called Terms of Execution) way back in 2009 and it has gone through countless revisions over the years to get it to where it was ready for the world to see it.

Over the next few weeks, I’ll be offering some thoughts about the skills I learned from recruitment that helped me out along the way – and hopefully these will give readers pause for thought about how to reapply the characteristics to their own work to make sure they’re getting the most out of their career.

Recruitment taught me that people who want to make things happen don’t subscribe to the ‘9-to-5’ attitude. Forget about the clock, get the work done. The earliest example I have of this within recruitment was when I decided to contact an impossible-to-reach candidate at the weekend – and got right through to him. He turned out to be a wealth of information and that one call allowed me to make six placements. That was a call anyone could have made but nobody else did. It paid off hugely for me.

Translating this into the scriptwriting process, there was a point very late in the development process when the producers and director wanted a revised draft of the script and needed it within three days. At the time, I was in Spain going through an IVF cycle with my partner. It was a pretty damn good excuse to say ‘sorry, I can’t’ but, as the saying goes, you find a way or you find an excuse. I saw little of the sun over the next three days, holing myself up in the hotel room, and got the job done.

As much as the director and producer understood I was going through a huge deal in my personal life, they were on deadlines because there was a limited window where everyone else lined up to make the film was available, and my not delivering would have thrown everything into disarray. It could have legitimately brought the whole production down entirely – if delays had meant several key members of the crew and some of the named actors couldn’t be involved any longer due to other commitments, investors may have pulled out and it would have been back to square one. I had to realise that my personal struggle to have a child, which I’d discussed with the director on many occasions (and he’d been supportive and sympathetic), didn’t matter to the 3rd AD, the gaffer, or featured actors Alan Ford and Hannah Waddingham. They had signed up to work on a film as a job and my pushing everything back because of, essentially, personal issues wasn’t an option. So I called on my recruitment work ethic, dug incredibly deep, and got the job done in three days, all from my hotel room in Alicante - and, less than two years later, I've got a healthy happy one-year old and this has become real; 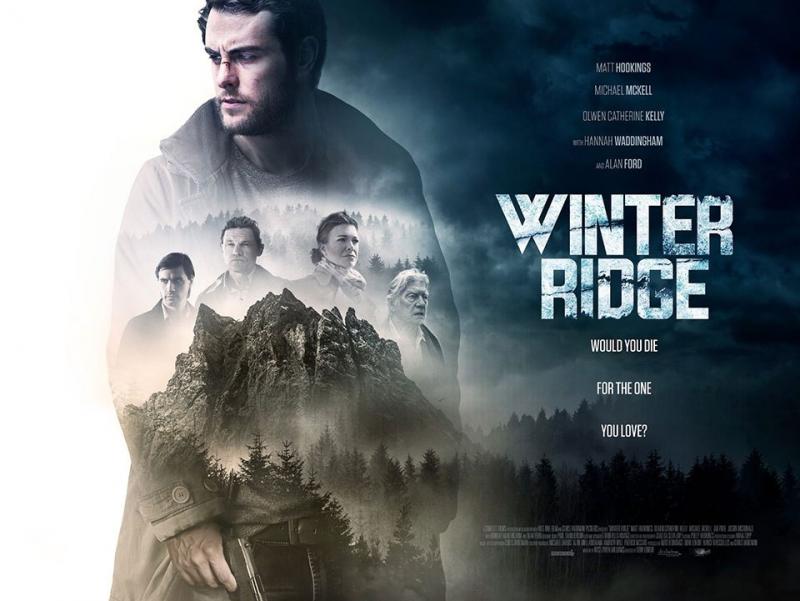 Whether it’s making that extra call at the end of the day, getting in early to make sure you start the day on fire while everyone else is eating breakfast, or reading up on your industry over lunch instead of checking the latest gossip or sports news, there are lots of little changes that, made regularly, can have a huge impact on efficiency and success. Not letting ‘feeling a bit under the weather’ turn into a couple of days off. Taking a little work home now and then, or getting into the office for an hour or two at the weekend if there are things that need to be done. Digging deep on those days where nothing seems to be going right – after all, as Alistair Cooke said about Humphrey Bogart, “A professional can do his best work when he doesn’t feel like it”.

Recruitment taught me that achieving the goals I set for myself in life, one of which was to become a produced screenwriter, wasn’t going to happen with a merely good level of effort, and that simply turning up each days and waiting for success to come to me was going to get me nowhere. With support, guidance and training, almost anyone can be a high billing recruitment consultant. The difference between the top guys and the also-rans usually ends up being nothing more than desire and dedication.

Next week, we'll look at three more skills - learning how and when to compromise, to stand your ground, and to relinquish control.